The Museu of José Malhoa, in Caldas da Rainha

The Museu de José Malhoa (José Malhoa Museum), in Caldas da Rainha, is a regional Portuguese museum, that hosts the finest collection of the Portuguese naturalist painterJosé Malhoa. The museum building, the first purpose-built museum in Portugal, was constructed in 1940 and enlarged in 1950 and 1957.[1] The museum’s collection includespaintings, sculptures, medals, drawings and ceramics from the 19th and 20th centuries. 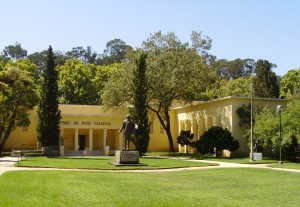 The museum is located in the city of Caldas da Rainha, Leiria, Portugal, in the middle of the D. Carlos I park. 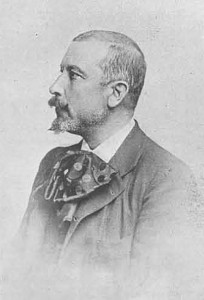 Malhoa was, with Columbano Bordalo Pinheiro, the leading name in Portuguese naturalist painting, in the second half of the 19th century. He painted often popular scenes and subjects, like his two most famous paintings, The Drunks (1907) and Fado (1910). He always remained faithful to the naturalist style, but in some of his works, there are impressionist influences, like in his Autumn (1918), that can be considered as an “impressionist exercise”.

He saw at the end of his life, the inauguration of the José Malhoa Museum, in Caldas da Rainha.

Malhoa’s House, also known as the Dr. Anastácio-Gonçalves House-Museum, in Lisbon, was originally built in 1905 as a residence and studio for the artist. It was bought by Dr. Anastácio-Gonçalves, an art collector, a year before the painter’s death, and it became a museum in 1980, showcasing several items from his collection, namely works from Portuguese painters of the 19th and 20th century.